Thomas F. Brady has been the Chairman of the Board of Corporate Office Properties Trust since May 2013 and has been a Member of the Board of since January 2002. Mr. Brady has nearly 40 years of business experience and is Chairman of the Opower Advisory Board, a global leader in providing energy information software to the utility industry. Mr. Brady is also on the Board of Directors of ENBALA Power Networks Ltd., a smart grid technology company providing innovative grid balancing services to utilities and electric system operators. Both Opower and ENBALA are privately-owned clean technology companies. He is the former Chairman of the Board of Directors of Baltimore Gas & Electric Company ("BGE") and Executive Vice President-Corporate Strategy at Constellation Energy Group ("CEG") (NYSE: CEG), a position he assumed in 1999. Prior to 1999, Mr. Brady held various positions at BGE, including Vice President and Chief Accounting Officer. Mr. Brady continued to serve on the Board of Directors of BGE through 2012. He currently serves as a Trustee and Treasurer of the Board of Stevenson University. Mr. Brady served as Chairman of the Maryland Public Broadcasting Commission and Maryland Public Television from 2003 to 2007 and also served on the Board of Directors of the Maryland Chamber of Commerce through 2010. Mr. Brady received an MBA in finance from Loyola University Maryland and was certified as a Certified Public Accountant. Mr. Brady’s extensive career in key financial and strategic executive positions at a substantial public company, and experiences with privately-owned, venture capital funded start-up companies, qualifies him to lead our Board and assess our strategic initiatives, both qualitatively and quantitatively. Mr. Brady’s utility operations experience and continuous significant civic involvements also complement and enhance the perspectives which he brings to his role as Chairman of the Board. 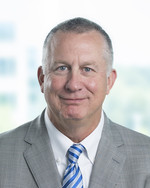 Stephen E. Budorick is President and Chief Executive Officer of Corporate Office Properties Trust (COPT). Mr. Budorick was elected Trustee in May 2016. Mr. Budorick was COPT’s Executive Vice President and Chief Operating Officer from September 2011 through May 2016. Prior to joining COPT, Steve served as Executive Vice President of asset management at Callahan Capital Partners, LLC since 2006. Before his tenure at Callahan Capital Partners, he was Executive Vice President in charge of Trizec Properties, Inc.’s Central Region from 1997–2006, and Executive Vice President in charge of third-party management and leasing at Miglin Beitler Management Company from 1991–1997. Steve also worked in asset management at LaSalle Partners, Inc. from 1988–1991 and in facilities management and planning at American Hospital Association from 1983–1988. Steve earned a B.S. in Industrial Engineering from the University of Illinois and an MBA in Finance from the University of Chicago in 1982 and 1988, respectively. He was elected a member of the Nareit Advisory Board of Governors in November 2017 and serves on the Board of Directors of the Greater Baltimore Committee and the United Way of Central Maryland.

Robert L. Denton, Sr., has been a member of the Board of Corporate Office Properties Trust since May 1999. Mr. Denton's background includes significant real estate and finance experience. Mr. Denton retired as a Managing Director from The Shidler Group in 2013, where he had been employed since 1994 and was responsible for the implementation of the group's new investment vehicles. From 1991 to 1994, Mr. Denton was a Managing Director with Providence Capital, Inc., an investment banking firm that he co-founded. Mr. Denton served on the Board of Directors of Pacific Office Properties Trust, Inc. until January 2013. Mr. Denton received an MBA from The Wharton School, University of Pennsylvania. Mr. Denton's lengthy real estate and financial career, including as a senior executive in a significant private real estate investment and acquisition company, enables Mr. Denton to provide meaningful insight into our strategic initiatives, with specific focus on review and analysis of our proposed investment and development initiatives. Mr. Denton has continued to be very informed in the arena of corporate governance from his continuing education efforts. 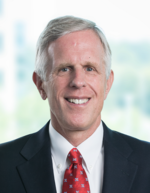 Philip L. Hawkins has been a member of our Board since January 2014. He currently serves as Executive Chairman of Link Logistics Real Estate, Blackstone’s U.S. logistics real estate portfolio company and serves on the Board of Welltower (NYSE: WELL), an S&P 500 company that owns health care real estate. From 2006 to 2018, he served as President and Chief Executive Officer and a member of the Board of Directors of DCT Industrial Trust (formerly NYSE: DCT), a Denver-based industrial REIT that Prologis (NYSE: PLD) acquired during 2018. From 1996 to 2006, Mr. Hawkins held roles of increasing seniority at CarrAmerica Realty Corporation (formerly NYSE: CRE), including serving as President and Chief Operating Officer and on its Board of Directors until its acquisition by Blackstone. From 1982 to 1996, Mr. Hawkins held a series of senior executive positions in real estate investment, development, leasing and management with LaSalle Partners, Ltd. (now known as Jones Lang LaSalle, Inc.). Mr. Hawkins is a trustee of Hamilton College, where he received his bachelor’s degree. He received his MBA from the University of Chicago.

Steven D. Kesler has been a Member of the Board of Corporate Office Properties Trust since September 1998. Since 2006, Mr. Kesler has served as Chief Financial Officer for CRP (Chesapeake Realty Partners) Operations, LLC. He served as a Managing Director of The Casey Group from 2005 to 2006. Mr. Kesler also served as the Chief Executive Officer and/or President of Constellation Investments, Inc. from 1988 and the Chief Executive Officer and President of Constellation Real Estate, Inc. and Constellation Health Services, Inc. from 1998 until his retirement in 2003. Mr. Kesler previously served as a Director on the Boards of Atapco, Inc., a private real estate and investment company, and Ace Guaranty Corporation, a financial guaranty subsidiary of Ace, Limited, a public company. Mr. Kesler received an MBA in finance from The Wharton School, University of Pennsylvania and previously practiced as a Certified Public Accountant. 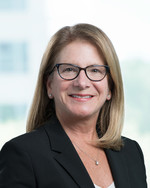 Letitia A. Long joined our Board in October 2020. Ms. Long began her career with the U.S. Navy in 1978 and held increasingly senior roles with U.S. Naval Intelligence and the Defense Intelligence Agency (“DIA”) until 2006. She then served as Deputy Director of DIA from 2006-2010. She became the first woman to lead a major U.S. Intelligence Agency as Director, National Geospatial-Intelligence Agency from 2010-2014. Ms. Long has served on the boards of several public and private companies, including Raytheon Company (NYSE: RTN), Parsons Corporation (NYSE: PSN), Noblis, and Quadrint Inc. Ms. Long received her Bachelor of Science in Electrical Engineering from Virginia Polytechnic Institute and State University and her Master of Science in Mechanical Engineering from The Catholic University of America. She was awarded an honorary Doctorate in Strategic Intelligence by the National Intelligence University. Her experience in the U.S. Department of Defense and multiple intelligence agencies, as well as her experience as a public company board member, positions her to contribute to our strategy and governance matters. 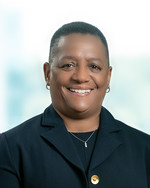 Essye B. Miller joined our Board in October 2022.  From 2018-2020, Ms. Miller served as the Principal Deputy Chief Information Officer (“CIO”) for the Department of Defense (“DOD”), overseeing all matters of their $8 billion Cybersecurity Program. Prior to that, while serving as the Deputy CIO for Cybersecurity (“CISO”) from 2016-2018, she was appointed Acting DOD CIO in 2017. During her time as CISO, she established the DOD’s Cloud Computing Office and strategies, leading the digital modernization that accelerated the implementation of the U.S. national defense strategy. Prior to the DOD, Ms. Miller was CISO and Director of Cybersecurity with the U.S. Department of the Army from 2015-2017, where she led every aspect of cybersecurity and IT strategy. From 2006-2014, she was Director of Information Management for the U.S. Department of the Air Force, directing their IT enterprise strategy and served as Chair of the prestigious Pentagon Architecture Configuration Control Board. Since her retirement in 2020, Ms. Miller has been the President and CEO of Executive Business Management LLC that advises and provides strategic services to businesses, government agencies such as the DOD and non-government organizations. Ms. Miller received her Honorary Doctor of Science from Talladega College, a Master of Business Administration from Troy State University and a Master of Strategic Studies from the U.S. Air Force, Air University. She is a Board Advisor to Dell, T-Mobile, Leidos, Hawkeye 360, Trellix, Millennium Corporation, Adobe, Insight Partners and Information Security and Privacy Advisory Board. She also advises as a non-profit board member for Concordance Academy and the National Cyber Scholarship Foundation. 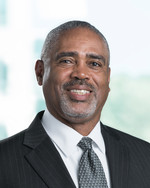 Raymond L. Owens joined the Board of Trustees in March 2021. His professional expertise in real estate capital markets and investments spans nearly four decades. From 2007-2017, he was Executive Vice President, Capital Markets and Chief Investment Officer at Piedmont Office Realty Trust (NYSE: PDM), an owner, manager, developer, redeveloper, and operator of Class A office properties located primarily in select sub-markets within seven major Eastern U.S. office markets. From 2002-2007, Mr. Owens was a Managing Director and Executive Vice President of Capital Markets at Wells Real Estate Funds (“Wells”). Prior to his tenure at Wells, Mr. Owens was a Senior Vice President at PM Realty Group, LP (1997-2002), and held managerial and leadership positions at other, well respected real estate organizations between 1982-2002. Mr. Owens received his Bachelor of Arts degree in economics from the University of Michigan in Ann Arbor, Michigan, in 1980, and his Master of Business Administration in Marketing and Real Estate from the Stephen M. Ross School of Business at the University of Michigan in 1982. 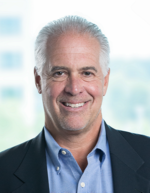 C. Taylor Pickett has been a member of our Board since November 2013. Since 2001, Mr. Pickett has been the Chief Executive Officer and since 2002, a member of the Board of Directors of Omega Healthcare Investors, Inc. (NYSE: OHI), a healthcare REIT that invests in healthcare facilities in the U.S. and provides lease or mortgage financing to qualified operators of skilled nursing facilities, assisted living facilities, independent living facilities and rehabilitation and acute care facilities. From 1998 to 2001, Mr. Pickett was Executive Vice President and Chief Financial Officer of Integrated Health Services, Inc. where he also held a series of executive positions in mergers and acquisitions from 1993 to 1998. From 1991 to 1993, Mr. Pickett was Vice President of Taxes for PHH Corporation and, from 1984 to 1991, he was Senior Manager for KPMG. Mr. Pickett is also on the Board of Directors for Atherio. He received his bachelor’s degree in accounting with honors from the University of Delaware and a Juris Doctorate with honors from the University of Maryland School of Law. 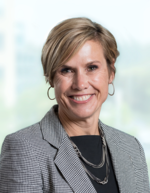 Lisa G. Trimberger joined our Board in October 2017. Ms. Trimberger, a certified public accountant (inactive), retired as an audit partner of Deloitte & Touche LLP in 2014 after spending 31 years in public accounting with the firm. As a lead client service partner, Ms. Trimberger audited and interacted with the management and boards of publicly traded companies, including real estate investment trusts. She was also actively involved in the firm’s engagement quality review practice as Deputy Professional Practice Partner and Engagement Quality Control Review Partner. Ms. Trimberger has worked with senior management and boards of companies on significant corporate transactions and control and risk assessments. During her tenure at Deloitte & Touche, Ms. Trimberger also served as co-chair of the Nominating Committee of the Board of Directors and was a leader of the firm’s National Women’s Initiative for the development and retention of women professionals. Currently, Ms. Trimberger is a principal and owner of a private investment company, Mack Capital Investments LLC. Ms. Trimberger received a BS in Accounting from St. Cloud State University. Ms. Trimberger is a member of the National Association of Corporate Directors and National Association of Real Estate Investment Trusts and completed the Women’s Director Development Executive Program at J.L. Kellogg School of Management of Northwestern University. Ms. Trimberger’s experience as an audit partner in a Big Four firm positions her to contribute significantly as a financial expert in areas including financial and audit oversight, corporate governance, and risk management matters.